Spurred on by an email from Joseph Papaleo who, like many Melburnians, is a hater of football teams of the South Australian variety, I thought I'd just mention that my beloved Port Adelaide Power is in the AFL Grand Final tomorrow at the Coliseum of Australian sport, the MCG, against John Pearce's hometown team, the Geelong Cats. 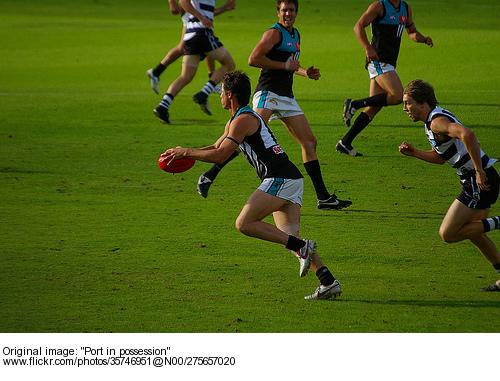 We held up the Cup in 2004 and in a year that had the experts struggling to put my team in the final eight, being there on that "one day in September" is a nice ending to a big season. Ah, Aussie Rules - arguably the best spectator sport in the world - could the Power hometown heroes do it in 2007?