We have 10,000 netbooks being rolled out in a trial in Victorian state schools. See here for Bill Kerr's analysis.

We have 200,000 laptops of similar ilk being rolled out by the NSW DET. A spirited debate on this news is currently happening on the Oz-Teachers list (start here) - but at times sniping about operating systems, industry standard applications and local vs system distribution masks the bigger trend occurring here.

And what happens here in South Australia?

Yesterday, the SA Secondary Principals Association revealed computers remained in boxes at some schools because there were not enough funds allocated to install cabling, power points or wireless internet connections needed to run them. 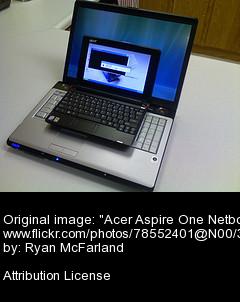 ces being allocated to schools? Apparently, it is up to individual schools to find their own way. You can criticise the NSW DET and Victorian Ed. Dept for their choice of technology, their contradictory policies around filtering and approach to social media tools but I am quietly wishing that someone here in Flinders Street was thinking forward to the concept of students with their own digital device as an integral part of their classroom.

I know this doesn't solve the issue of teacher development - how we ensure that laptops/netbooks etc become the new connected exercise book and pencil case for the current generation of students? Tony Searl in a recent comment hints at things to come:

Maybe DET NSW 1:1 could just be the tech tipping point that forces some reluctant hands. If 30 kids show up carrying their weapons of “mass connection” it’ll either end in tears or salutes, the past fence sitting/avoidance will be diminished as an option.

Maybe it won't just force the teachers to act - maybe education systems will be forced into action of some sort as well. If I'm in an upper primary classroom in five years time and they don't all have a laptop of some description - well, then there is some massive governmental denial going on.