Just thought I'd point to a few things that I've found and enjoyed of late.

Went onto last.fm the other night to find out that what I thought was a free service is actually a limited trial. Saw a new station on there for the band Angels And Airwaves and had a quick listen before realising that this band was former Blink 182 front man Tom De Longe's current main musical project. I can sort of relate to the way that DeLonge started off making his mark in, well, the making of some pretty immature music content and concept wise (I still enjoyed it) and now as he's heading into his mid thirties is more interested in "creating positive music that he hoped would inspire kids to make a difference." Sounds like a late maturer - and I can definitely relate to that.

Anyway, following the lead of Radiohead and Nine Inch Nails, the new Angels And Airwaves album "LOVE" is now available as a free download. If the music is to your taste, then it's nice to see another quality band trying to shake up the traditional music distribution model.

This album is free for you. If you like it and want to put some money towards it, we would be grateful for your support. In fact, as our way of saying thanks, we'll give you an exclusive song remixed by Mark Hoppus of blink-182!
If you don't want - or aren't able - to contribute, then please accept the album free of any charge.
You don't even have to give us your email address.

In class, we are looking to sharpen up our apostrophe usage and I'm loathe to critique the students' own errors in a public way to learn the differences between omission and possession. Thankfully, there are a few very useful web based resources that any teacher can use with their students - starting with the Grocer's Apostrophe Flickr Pool. Back this up with some savvy blogs (apostrophism, Apostrophe Catastrophes and my personal favourite Apostrophe Abuse) jam packed with real life boo-boos and laced with snappy, sarcastic one liners and apostrophes can be a lot of fun to tangle with. 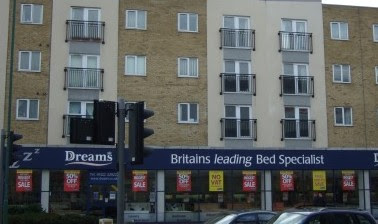 So, in the absence of any insightful blog posts, I humbly share these offerings. And I hope that I haven't allowed any errant apostrophes into the place.