This is purely a vanity posting and possibly demonstrates how traditional media (newspapers, magazines etc.) still have a pretty strong hold on my consciousness. Many of my virtual colleagues are featured with regularity in magazines, quoted in articles, featured in television segments but it is a real rarity for me and perhaps befits my station in life. My opinion was sought a little while back for a piece in Adelaide's The Independent Weekly and then late last year, I was contacted by an editor at Australian Teacher Magazine to contribute to a small column feature called Q & A for their monthly ICT In Education section. I almost forgot about it until an email arrived from the same magazine plugging something else and triggered my memory and sent me looking online to see if I'd made "the big time".

It's in the February edition and below is a screen grab of the column. I've then copied the article into a easier to read image if you actually want to read it or you can check out the whole virtual version of the magazine here. 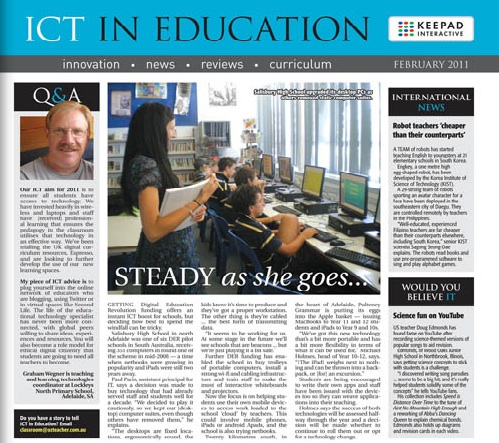 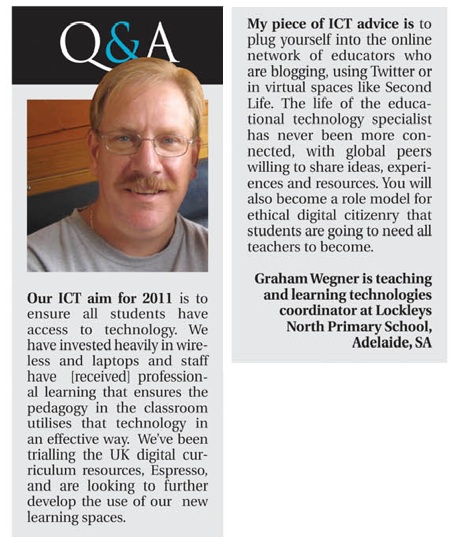