How we make sense of the world beyond our own personal day to day experiences?

For me, it started with books mixed with the occasional dose of television back in a fairly isolated childhood back on the farm. My first impressions of what life might be like in the English countryside were shaped by Enid Blyton books and popular music culture via Molly Meldrum and the weekly Countdown Top Ten. I was so insulated in this rural, Lutheranised existence that when I started Year Five at the Appila Rural School (school population: 13 kids) I had no answer to the typical Australian playground question, "Who do you barrack for?" My then best friend went for the Port Adelaide Magpies and so I did. His favourite player was Russell Ebert and so he became mine. Saturday afternoon SANFL broadcasts on the radio and Saturday evening replays suddenly opened up a part of the world that I had no idea existed.

So information flowed to me through newspapers, radio, books, films and television, painting a collective picture of the world beyond my day to day experiences. My concepts of other countries, of other places, of other people were all shaped by this information drip feed. And I thought that I was pretty well informed although in reality, my grasp was pretty opaque in its clarity.

Contrast that now to the view of the outside world that I now get through digital technologies. Much has been written about the fire hose effect of the web but the freedom I now have to pursue any line of research or interest that I want is bringing my learning to an unparallelled level. A concept or topic might come up in conversation and via the internet, I can be tracking down digital pieces to bring together a richer and deeper understanding. Maybe a few examples paint the picture about how the web can fill in the gaps of comprehension.

A few years ago, my class were covering an inquiry unit on the plight of refugees and we were lucky enough to have a student teacher of Serbian background whose family had fled war torn Sarajevo speak to the students about her experiences. That talk prompted my own curiosity and via the web, I easily found articles, video clips and images that helped to grasp some (definitely not all) of the wider perspective of an extremely complex situation.  I could read first hand accounts from multiple perspectives, view the work of photojournalist Ron Haviv or view any number of first hand home video accounts on YouTube. All of this adds up to a much more complex and informative picture than any sanitised television special or reference book could provide.

Digital information and media delivers more detail, more avenues to explore and a greater opportunity for self-participation in the pursuit of learning than mere paper based text or traditional media can deliver alone. That does not mean that traditional outlets don't have a part to play in my expanding knowledge of the world that I cannot see, touch or feel on a daily basis but my greatest moments of clarity happen more and more online. Individuals who I have never met face to face offer insights into their personal life that enable me to peek into the ordinary and mundane (to them anyway) parts of their everyday life that I find personally interesting and insightful. Be it Doug Noon's descriptions of an Alaskan winter, the first snow fall in Chris Harbeck's Winnipeg, Sue Waters' tweets about American Coke or Leigh Blackall's family trip to the Philippines, I get a little taste of the world beyond my limited suburban Australian vista.

It does reinforce the old adage that the more you know, the more you start to realise that you don't know very much of what there is to know. The internet is the greatest repository of human knowledge ever assembled and traversing its vastness one network link at a time is all one person can do. 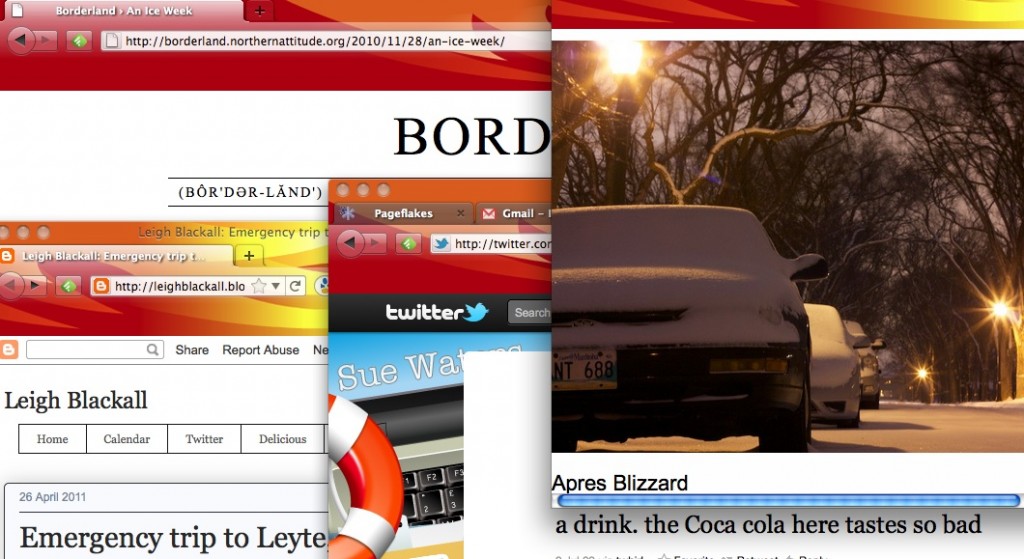