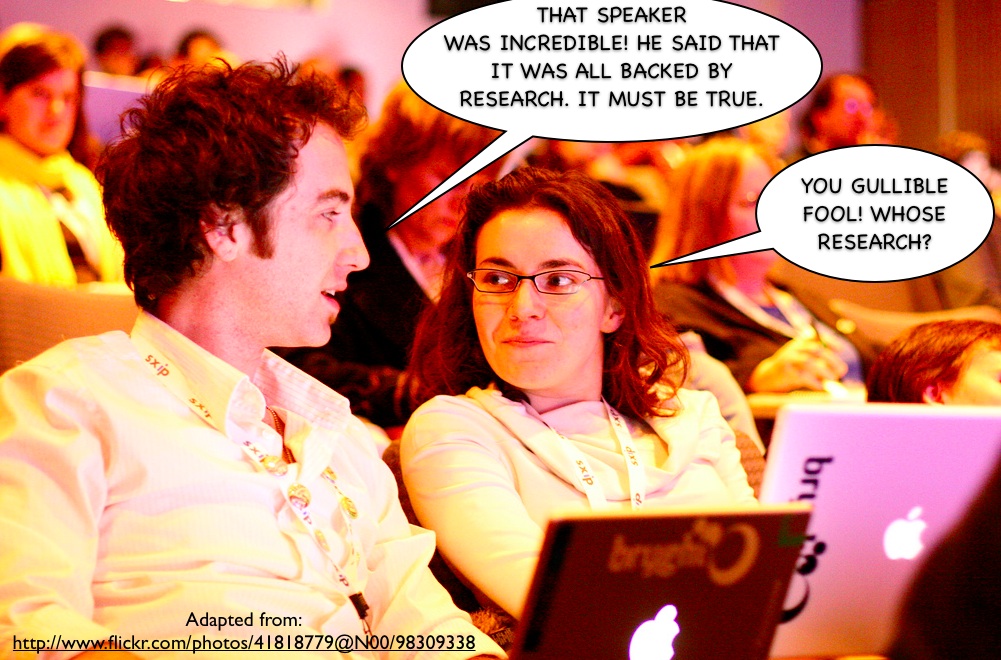 This week is a bit of an overload on conference /professional learning events for me. On Monday, it was a whole day event with Dylan William, the Assessment for Learning guru along with the rest of my Woodville Gardens School colleagues. That was pretty good and I have some notes and quotes stored on my laptop.

"Technology is a great servant but a terrible master." Dylan William during his session.

Today I went to an event titled Designing Learning in the Digital Age (twitter hashtag #DLDA) featuring Dr Gerry White as the opening keynote and sessions from Michael Coghlan, Alison Miller and Mike Seyfang. I went along because in my role as a Learning Technologies leader, I wanted to hear from and interact with other Australian elearning leaders and thinkers to help distill and define my own thinking about the directions I intend to push for at my school. It was an excellent day - and it brings home to me that we have local elearning expertise of the highest quality to interact and connect with. Why many educators feel that they are only really getting on board with networked learning if they can attend face to face sessions with an imported expert is a mystery for me. For me, Gerry's keynote was a fascinating and informative meander through the online landscape, tying new trends with snippets from his research background. At times, he was blunt and passionate, but I think I have a much deeper appreciation for what he contributed to Australian elearning in his time as head of educationau, and the contributions he still continues to make. If you have a spare 90 minutes, it is well worth checking out the recording - http://t.co/YzPzP7w6.

"... technology is also about how people communicate and collaborate. It is also about the relationships between people." Gerry White today.

As is usually the case with a day like this where a stack of ICT related topics are explored, there is heaps to consider, ponder and think through. I wrote some notes along the way, I'm re-listening to the opening keynote as I type - and I think I'll pick out some of the ideas to interrogate in a few future blog posts.

Tomorrow, my boss, Frank and I present at an ILE (Innovative Learning Environments) conference that features Dylan William again, about the research project that we've started looking at learning using digital gaming. A few things from today will be resonating in my brain as I explain our project to other interested educators. 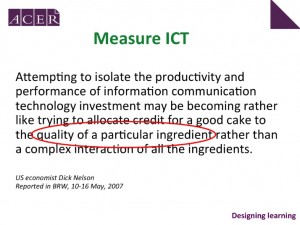 A screengrab from Gerry's talk that highlights a great quote.