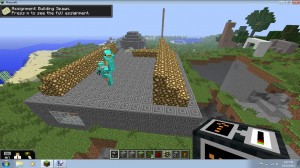 Thanks to YouTube, there is a massive amount of archival content uploaded from the video vaults from account users all over the world. Amongst all of the new stuff, the viral videos, the VEVO new releases, the videobloggers and the gaming walkthroughs, people have been busy uploading the past - music, advertisements, lots of snippets of popular culture. This brings about an interesting situation where I can pick up on a memory from the past, and start to fully immerse myself in all sorts of video content that brings that time back into clear focus.

Here's a video that I found the other night:

It's fun looking back at a given year in popular music because it shows that being popular at the time doesn't necessarily translate into being popular for all time. I remember 1981 - Year 10 at high school - and running through this list of songs brings back interesting mental reactions. There are songs that make me glad that they didn't enjoy popular play beyond '81, some that make you think, "Oh, I remember this song - it was pretty good. Whatever happened to ...?", ones that I recall having on a mixtape or even shelling out the dollars for the cassette for and some that bring back an actual memory.

About midway through this video clip, a song from iconic British band, The Police, popped up and immediately I realised that I had bought a copy of Zenyatta Mondatta during that year. This realisation sends me scouring YouTube for other Police videos, looking for interviews with the band members and then finally onto iTunes, where I buy and download some tracks that had fallen off my immediate conscious memory. Even now, there is the urge to go and check out some concert footage from when they were in their prime (about 1983 in my opinion) and continuing this self indulgent trip down memory lane. In the past, this sort of scramble to re-activate my memory would have involved scrabbling around in my old cassette collection and that's about it. But the web makes it so easy to soak in digital memories - I know that the web is the world's biggest archive of digitised cultural artifacts - and all of the extra material from that era or place in time that I have never seen before all combine to give a feeling of "being back in time".

Nothing earth shattering - but a realisation that I felt worth archiving for my posterity.