I am no big fan of FaceBook. There are too many aspects that make me wary of becoming a regular user ranging from the regularly reported breaches of users' privacy to the complete inanity of the apps, likes and offensive advertising that plagues the site. Have a look through my FaceBook page and you'll see very infrequent contributions and minimal information. However, I think it is important for me to have a presence there just so I know how it all works. Because the staff and many of the students I work with are all on there, and from time to time, I've needed to lean on my familiarity with how it all works in order to try and resolve a bullying, trolling or general exchange_of_insults_issue at school.

I am well aware of the general philosophies behind being CyberSmart - I am also aware of the general advice about being careful what you post on FaceBook because current and potential employers can "check out" your FaceBook presence. But there is an underlying presumption for many of us that people are who they say they are on social media - and in the last couple of years, I have seen that many, many kids know exactly how to subvert that. It is almost like taking cybersafety advice and turning it back on itself to create a world where a community can know each other but evade being pinned down for anything by external FB users through the constant changing of identities, sharing of accounts, constant shutting down and creation of new pages, the splitting of one person across multiple identities and so on. 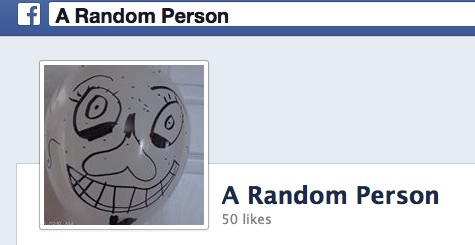 In my dealings with kids there seems to be an equal mix of savviness and naivety. One kid might have five accounts, none of which bear their actual name - one for their "peeps" at school, one to show Mum and Dad and family members that is clean cut, one for the boyfriend or girlfriend, one for trolling or to masquerade as an adult and one for gaming / other social media type interactions. Through these multiple accounts (of which only several might be active at any given time) the kid can be very hard to pin down. An argument can blow up in one intersection between two kids but by the time I'm asked to check things out, one of the identities is gone, or the story changes. (That wasn't me, that was my cousin, I let him use that account, he knows my password, I thought she was someone else when that was written.) So when these ten to thirteen year olds actually get around to applying for their first job, even if it is an entry position at the local newsagent or McDonald's, checking through their Facebook account might be quite a difficult thing to do. Just because many of us adults set up our account in our own real name, use real photos from our actual lives and report truthfully about events that happen to us doesn't mean that the kids I'm referring to are playing by the same rules.

And by the time they enter the workforce, Facebook may be dead and buried, all of its inane data buried deep in the web where only the most dedicated needle-in-the-haystack hacker will be able to make sense of the posts, chats and likes of the Facebook era. I'm not saying that kids shouldn't be careful what they post or that it can't get them into deep, deep trouble. I am saying that for at least a significant proportion, they don't really care what we think they should be doing with social media and like the pre-teen and teenage years from any era, the forming of identity means that most Facebook identities will be temporary social sandpits which evade adult intervention.