I am not very good at posting tributes to people or even working out the right words to say to their loved ones. But I think it is the right thing to acknowledge the recent passing of Dean Clark. I work closely with his wife, Marg - one of the most visionary people I have had the privilege to work with in my educational journey.

Other people have done an outstanding job of capturing the essence of one of South Australia's most beloved educators, as could be witnessed by the large number of people who attended his funeral on Friday. I think there would have been well over 500 people there - and for someone like me who has been around for a while, there was a "who's who" of the SA EdTech community in attendance to pay tribute and to offer support to Marg and her family. I won't try and replicate anything that people who knew Dean better have already done. If you aren't familiar with Dean's work then this post from Emil Zankov shows some of the scope of his journey, and Lynne Symons has pushed out video after video, anecdote after anecdote on Facebook.

I actually met Dean well before my closer working relationship with Marg started. I remember him being a project officer based out of the Technology School Of the Future at Hindmarsh, when I was lucky enough to get an Action Research Grant in 2006. I remember him wearing shirt and tie, and a passion for getting teachers on board with using new technology.

The last time I remember seeing him was a few years later when I went to visit Mark Oliphant College (locally just known as MOC) with my then boss, Frank Cairns as part of a larger Innovative Learning Environments professional learning community. Dean showed us around and the first thing I noticed and still remember was how casually he was dressed! After the formality of being a project officer, he was wearing shorts and an untucked casual shirt - I am not sure why this has stuck with me but he was relaxed as he showed us around the Superschool of SuperSchools. I was at Woodville Gardens at the time, and this place was eerily similar in appearance but on steroids. He took us around, cracked a few in-jokes about Spotless and showed us the mound created to break up the flat paddock ground the school was built on. It was laughable - this mound of grass that was probably five metres in diameter as a token gesture to landscaping. Dean then pointed out that the Receptions had started digging out the the centre at the top to create a volcano!

So farewell, Dean. You would have been proud of the way your children spoke on Friday, and I will be doing my best to support Marg - it is the least I can do when she has shown so much faith in me. 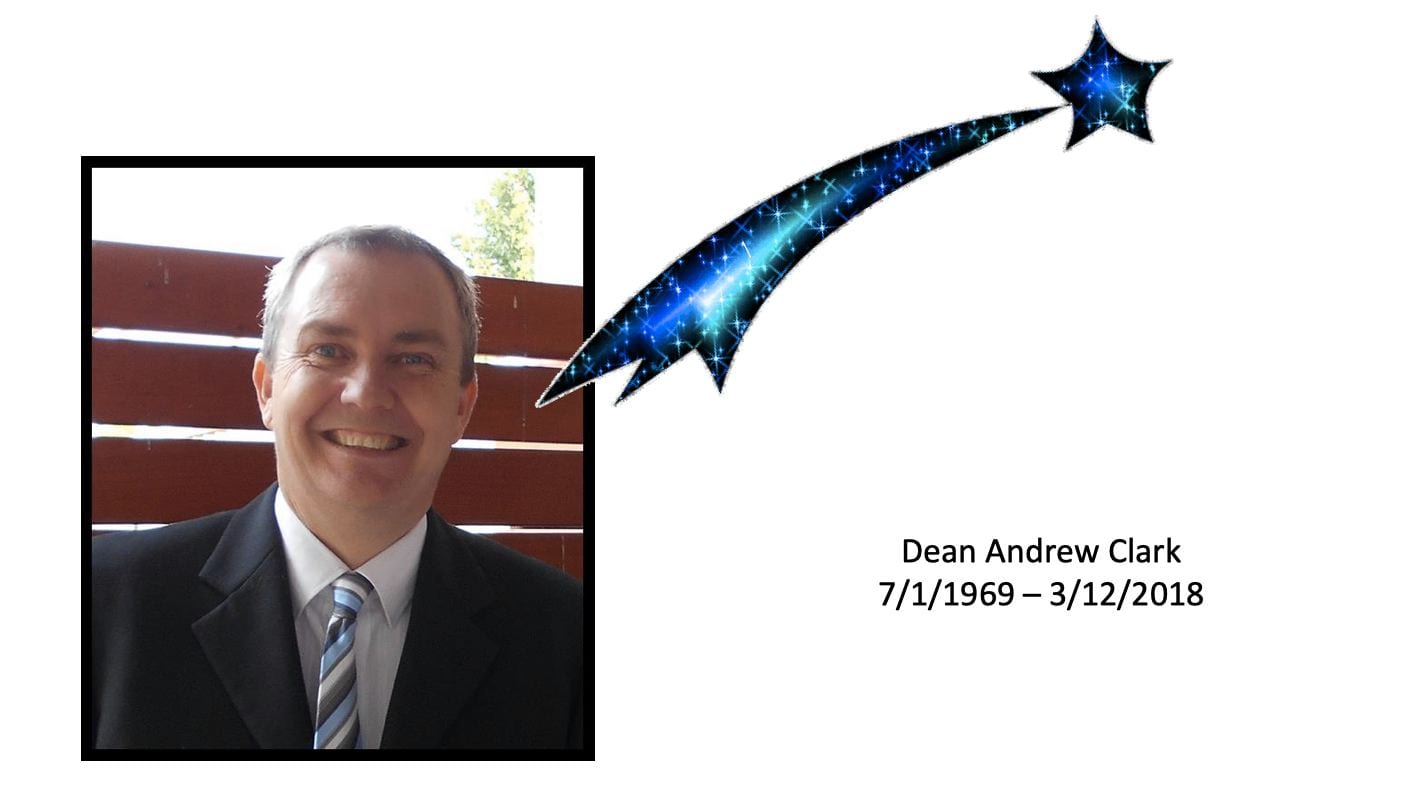