My lifestyle doesn't lend itself to much podcast listening but I've decided that an effort to lose some excess kilos is in order. I see jogging as a form of torture and have my knees cringing in fear whenever I up the pace on my bicycle so the old fashioned brisk walk is the way to go. So I've pressed my underused iRiver T10 into action and added some notable podcasts to give the braincells a workout as well. 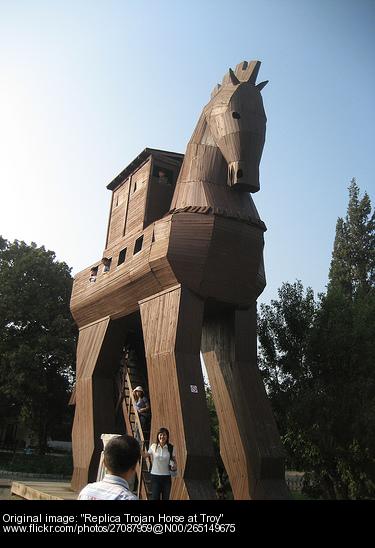 A while back, Tom Barrett alerted me to the 100th episode of the Smartboard podcast which is co-hosted by Ben Hazzard and Joan Badger. It took me two walks to listen to it all. This episode featured a two way interview with Tom and Australia's own Chris Betcher where they aired their thoughts on whether there is an interactive whiteboard pedagogy or is its effective use merely an extension of really good teaching. If you're remotely interested in the whole idea of these tools in classrooms, the whole interview is worth a listen but one really interesting concept from Chris late in the interview is really worth mentioning. He described the IWB as a technology "Trojan horse" where the teacher starts off with the focus on the default software (Notebook or ActivStudio) and used it to digitise the current pedagogy. But then over time as skill levels and confidence grew, the IWB becomes a focus for something bigger - the concept of the "digital hub" when media, the web and other computer applications are part of a seamless learning environment.

Of course, I don't believe  an IWB can do it all on its own but the Trojan horse metaphor is a good term to describe the way it can enable broader technology use in a subtle, subversive way. Tom's example of Google Earth in his classroom to teach any number of concepts from distance in mathematics to geography to observing natural phenomena in science is what happens when the broader technology Trojans emerge from the IWB horse.